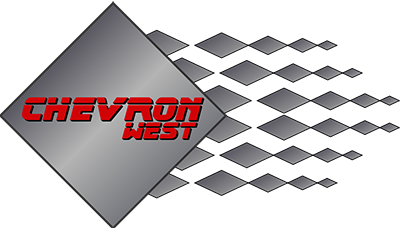 How can we help?

Chevron West, a Division of West Coast Towing Equipment, specializes in Chevron Tow Trucks, Wreckers and Car Carriers. They also carry an extensive line of Tow Truck Parts and Accessories for many different Tow Trucks and Recovery Vehicles. With a large inventory, you can be sure to find the Tow Equipment that you are looking for.

Award Winning Customer Service Chevron West has received the prestigious Gold Dealer Award of exceptional service. Our Experienced Staff of towing professionals take pride in the quality service offered, and are ready to share their knowledge and expertise, about Chevron Tow Trucks. They offer the very best in Towing Equipment, Tow Truck Leasing and Finance Options to meet the needs of any towing and recovery business.

How can we help?

Becky Joined the team at Competition Wheel Lift in late 2003 as a receptionist. With her ability to jump in and take care of extra tasks when needed, she quickly learned all the details behind the administrative and paperwork flow which lead her to the Administrative Coordinator position. In 2008, she moved to Chevron West where she continued taking on more projects throughout the years, making her a key factor in the operations of the store. Becky became the Operations Manager in June of 2013 and has continued to lead the team at Chevron West since.

Yvette started with the company in 2013 as the Receptionist / Administrative Support Assistant. She was promoted to the Administrative Coordinator position in 2017. Her experience with managing many facets of the office including files, DMV, funding, warranties, Accounts Receivables, as well as a host of other aspects makes her the go to at Chevron West for all things Paper!

Tony started with Chevron West in 2013 as a technician. After excelling at building carriers for 5 years, he moved into the wrecker builds and became a team leader. In 2019, Tony was promoted to the Shop Foreman where he oversees production while continuing to build quality trucks and training the team of technicians.

John has been working in the towing industry since 1990 operating Chevron and Miller towing equipment. He sold his towing and transport company in 2004 and transitioned directly into sales by joining the Chevron West team. John has had the pleasure of working with loyal customers and friends over the years and has helped them expand their fleets as they grew. He has been able to provide many financial options for a variety of customers from start-ups to well established companies. John looks forward to working with his customers and helping them find the equipment that fits their needs for years to come. Give him a call to set up an appointment for a demo or test drive. He is always happy to help answer questions and provide any information you need! Cell: 916-826-9631

Bill Felix's specialty is his "Second to None" level of customer service. Fresh out of the Army in 1987, and looking for a career, Bill happened to go to an OTTA driving competition. When the 40 drivers had finished, Bill drove the course, his first time in a tow truck, finishing with the best score of the day! Soon after, Bill joined Retriever Towing in Portland, where he did impound and commercial towing and operated a crane truck. He won the Western Regional drivers' competition his 1st year. In 1997, Bill became manager for the company's city vehicle abatement contract, managing 150-200 cars weekly from pick up through auction. When they are not delivering Vulcan and Chevron tow trucks to their customers in California, Nevada, and Arizona, Bill and his wife Cory travel around in their RV, making new friends along the way. Bill was honored as FSW Group's top salesman of 2003 - 2008. Contact Bill Felix directly at (866) 869-8782.

Chevron West welcomes our New Sales Associate,David Biehl, joining Chevron Wests growing team of energetic sales associates. David brings 30 years of successful sales experience with him. A native of San Mateo, California, David majored in business marketing at University of Nevada, Reno, where he attended on a golf scholarship and played for the University Golf team, an extra benefit for our golf-loving customers! Davids sales experience spans a variety of fields, where he has excelled in growing his territories and generating repeated top-earner awards. David believes that the key to success is in building solid relationships with his customers. His good business sense makes him a valuable asset to his customers. He will help them make the best equipment choices for their applications and will build a strong, profitable bottom line. David's customers say that he goes above and beyond for them, by making himself available 24/7, getting back to them promptly and meeting deadlines. With 24/7 being the rule rather than the exception in the towing industry, David should fit right in!

This link leads to the machine-readable files that are made available in response to the federal Transparency in Coverage Rule and includes negotiated service rates and out-of-network allowed amounts between health plans and healthcare providers. The machine readable files are formatted to allow researchers, regulators, and application developers to more easily access and analyze data.

Your session will expire in . If you want to reset this timer, please click OK.